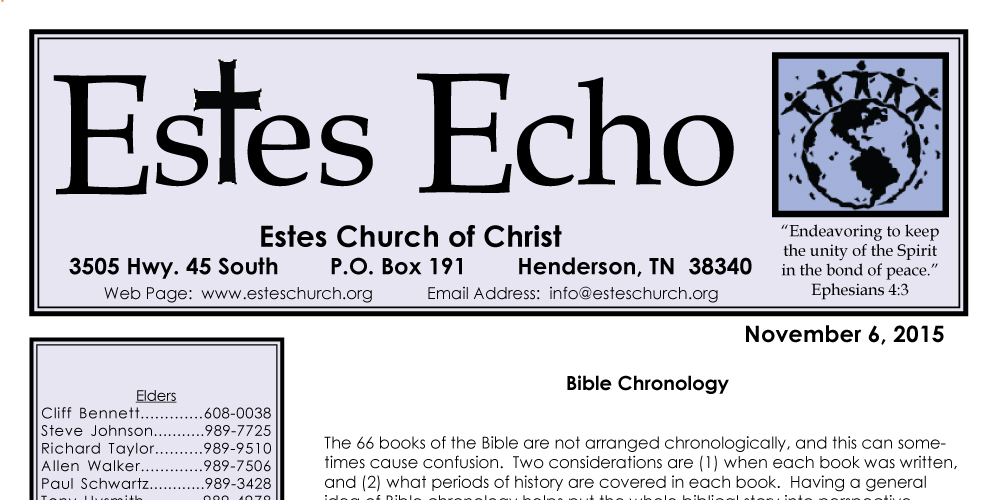 The 66 books of the Bible are not arranged chronologically, and this can sometimes cause confusion. Two considerations are (1) when each book was written, and (2) what periods of history are covered in each book. Having a general idea of Bible chronology helps put the whole biblical story into perspective.

Bible history can be divided into three major dispensations, and while the dividing line between each of them can be linked to a significant historical event, transitional periods made the change more gradual than abrupt.

The Patriarchal Age is the historical period from Creation to the time of Moses, in particular to the giving of the Law at Sinai. A “patriarch” is a father-figure, the head or ruler of a family or tribe. During this period of history God communicated His will through the patriarchs. The first eighteen chapters of Exodus may be considered a period of transition.

The Mosaic or Jewish Age covers historical events from Moses (at Sinai) to the time of Christ. During this time the divine will was communicated through the Law of Moses and the prophets (cf. Luke 16:29). The life and ministry of Jesus might be considered a transitional or developmental period, with Jesus’ death on the cross being the turning point (Col. 2:14).

The Christian Age is the period from Christ’s death and subsequent resurrection until the end of time. Throughout this dispensation God has spoken through Jesus by way of the New Testament (Heb. 1:1-2). During the 1st century AD, as the new covenant revelation was gradually unfolding, the Jewish system slowly faded away (cf. Acts 21:20-27; Heb. 8:13b) until the Roman destruction of Jerusalem in AD 70 administered the crushing blow (Matt. 24:1-2, 34).

From the very beginning the Bible story has pointed to the Christian Age which God had planned since before the foundation of the world (2 Tim. 1:9). Throughout the Patriarchal Age the Lord was working to accomplish this scheme (Gen. 3:15; 12:3; 22:18). During the Mosaic Age God continued working toward the realization of this divine plan (Gal. 3:19-29). Finally, when the time was right, the divine purpose was brought to fruition in the Christian Age (Gal. 4:4-7).