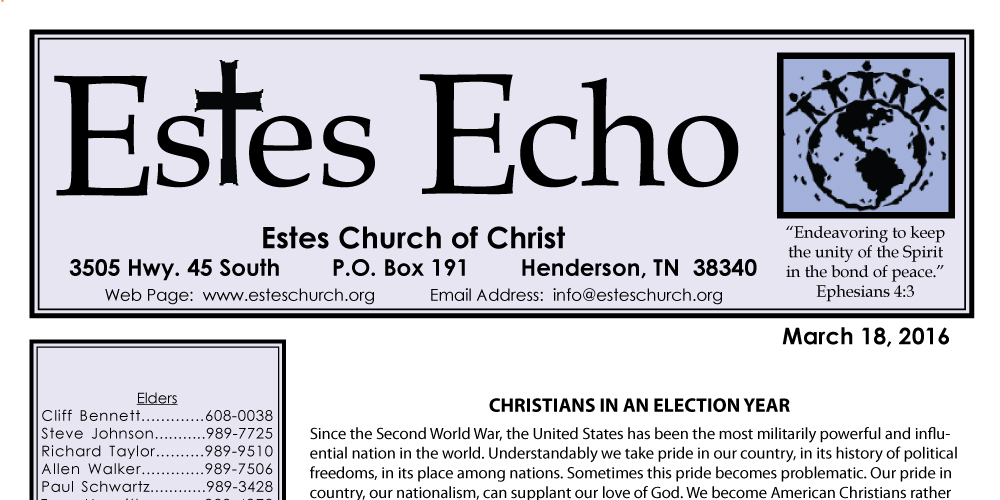 CHRISTIANS IN AN ELECTION YEAR

Since the Second World War, the United States has been the most militarily powerful and influential nation in the world. Understandably we take pride in our country, in its history of political freedoms, in its place among nations. Sometimes this pride becomes problematic. Our pride in country, our nationalism, can supplant our love of God. We become American Christians rather than Christian Americans.

This problem of misplaced allegiance and identity is evident in times of crisis and during presidential elections. In our nation, with its republican form of government, elections have always been important, and in recent years, presidential elections have especially loomed large in their cultural significance. Every four years, one can do a survey of comments on social media and see many Christians express fear over the outcome of the presidential election. We pray for a Godly leader, one who will lead the United States in a Godly direction, then grow afraid when a person whose agenda we oppose is elected. To counteract these fears over presidential election outcomes, we need to think bigger. Our God is awesome. He’s sovereign over this world. He’s bigger than any president or presidential candidate.

We can learn something about proper attitudes toward nations and leaders from the Scriptures. The prophet Habbakuk learned that God uses ungodly people to achieve His purposes. Daniel served two different empires, the Babylonian and later the Persian. Neither empire was Godly, nor were its rulers. We learn from the book of Daniel that all rulers are ultimately subject to God. Daniel knew this truth, and practiced it when he prayed to Yahweh despite the edict of the ruler Darius. It didn’t matter if an ungodly king passed a law against the exercise of Daniel’s faith. He still prayed and trusted God to take care of the details. And God took care of the details: He saved Daniel from destruction. That was miraculous. What wasn’t miraculous was how God providentially used the Persians and their policy of tolerance toward subject peoples to get the exiled Jews returned to Jerusalem to rebuild the temple.

Paul, a Roman citizen, spread the gospel throughout the Mediterranean basin. The Roman peace that allowed him to travel freely was the same rule of law that executed his Lord. That same rule of law protected Paul’s life and allowed him to carry his message to Rome itself. In the case of these two empires, the Persian and the Roman, separated by a span of over six hundred years, the ruling authorities were instruments of God’s providence, unintentionally fulfilling His will. We can pray that God use our leaders today in the same way. They can unintentionally be instruments of God’s providence. He ultimately is in control. He reigns in our lives regardless of who governs our country. And whether they know it or not, our presidents are subject to God’s will and His redemptive plan.

Regardless of the outcome of this year’s presidential election, our citizenship will still be in the Lord’s Kingdom. We walk by faith, trusting and obeying God. We know that Jesus holds our souls in his hands. Love, Joy, and Peace fill our lives. In this tumultuous political season, we have a great opportunity, to be faithful witnesses and show our fellow Americans the love of God, the grace of Jesus, and the fellowship of the Holy Spirit. 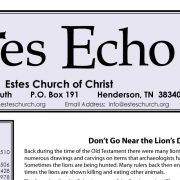