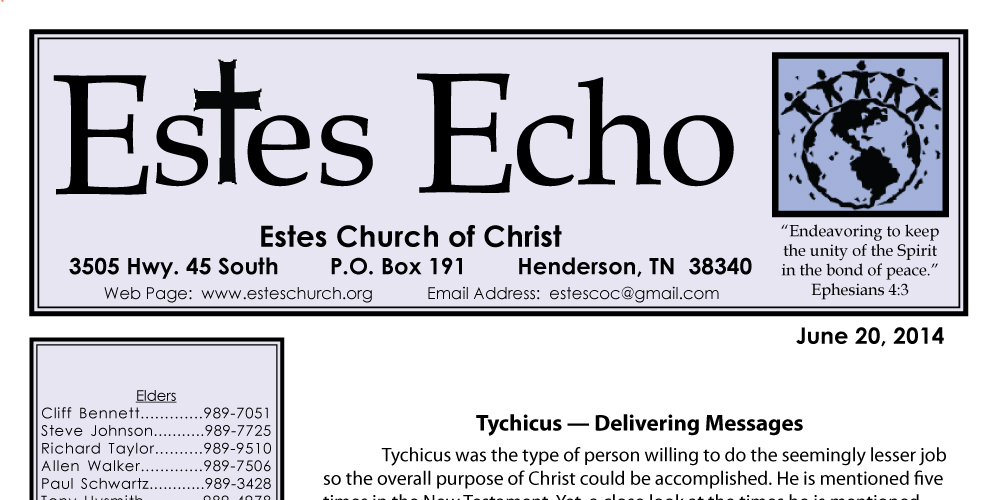 In Acts 20:4, the Bible says, “And Sopater of Berea accompanied him [Paul] to Asia–also Aristarchus and Secundus of the Thessalonians, and Gaius of Derbe, and Timothy, and Tychicus and Trophimus of Asia.” The passage mentions men who went with Paul to Asia and waited for him at Troas, including Tychicus. These men wanted to follow Paul’s example of mission work.

Paul mentioned Tychicus in Titus 3:12, “When I send Artemas to you, or Tychicus, be diligent to come to me at Nicopolis, for I have decided to spend the winter there.” Paul asked Titus to come to him and was willing to send one of two men, including Tychicus, to take over his work. Again, Tychicus was willing to go where Paul needed him to go.

Not much is revealed about Tychicus. What is revealed is his heart to work which is an example for Christians today.